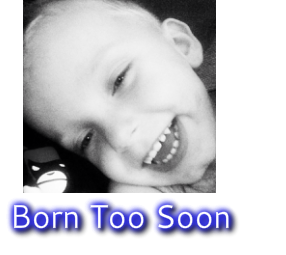 From Reflux to Apnea to RSV, Bronchitis, URTI and a few bits and bobs in between.

The first time it happened it scared the life out of me. Ollie stopped breathing! Fortunately at the time he decided breathing was optional was the same time i was just about to get him out the car with a little poke the colour soon came back to his face and wasn't phased by it at all... Not that the same can be said for mum and dad!
The second was at night in his cot again fortunately we have an monitor that alarmed as soon as it became apparent he wasn't willing to  start on his own.
I have lost count the amount of times this has happened and the amount of time we have ended up on the ward and only once has he show his true colours in front of a nurse! typical boy i say. 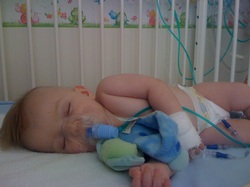 Though it seems to be one thing after another, you kind of get used to it and it blends in and becomes part of your life. I have had moment where i did become really depressed but being a mum of 5 its not something i couldn't let get in my way and take over my life.